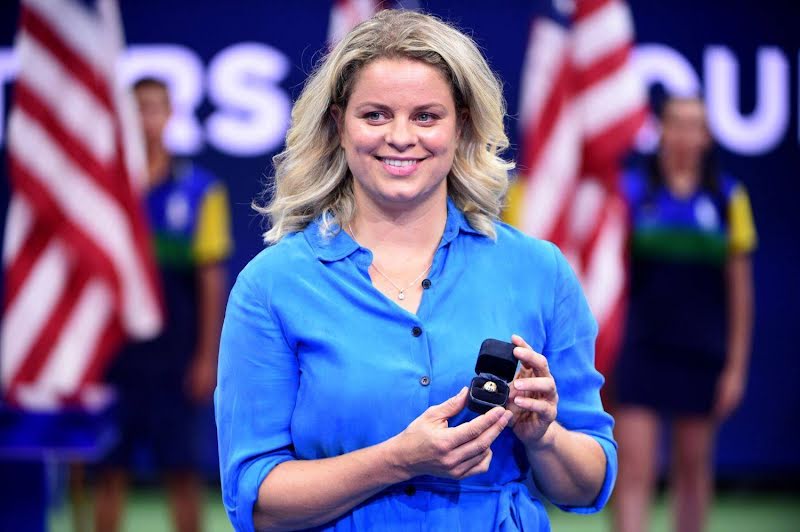 Three-time US Open champion and longtime fan-favorite Kim Clijsters was inducted into the US Open Court of Champions, joining a star-studded lineup that includes the likes of Arthur Ashe, Martina Navratilova, Andre Agassi, Steffi Graf and Pete Sampras.

The Belgian, who won the US Open in 2005, retired in 2007 to start a family, then returned to capture back-to-back crowns in 2009 and 2010, is also a member of the International Tennis Hall of Fame, enshrined in 2017. Her victory over Russia’s Vera Zvonareva in the 2010 final is especially notable, as she was the first wild card and only unseeded player in the Open Era to claim the US Open women’s singles title.

In 2003, she became first Belgian player to attain the No. 1 ranking. She capped her career with 41 WTA singles titles, including the 2011 Australian Open. Countrywoman Justine Henin was among her chief rivals. The pair teamed up to lead Belgium to the Fed Cup crown in 2001.

Known for her athleticism (think on-court splits), movement and ability to cover the court, Clijsters was also one of the most popular players among her fellow players. She won the Karen Krantzcke Sportsmanship Award on eight occasions.

“I always tried to give my best in everything that I did,” said Clijsters after her final match at the US Open in 2012. “Maybe that's something that I would like to be remembered for.”