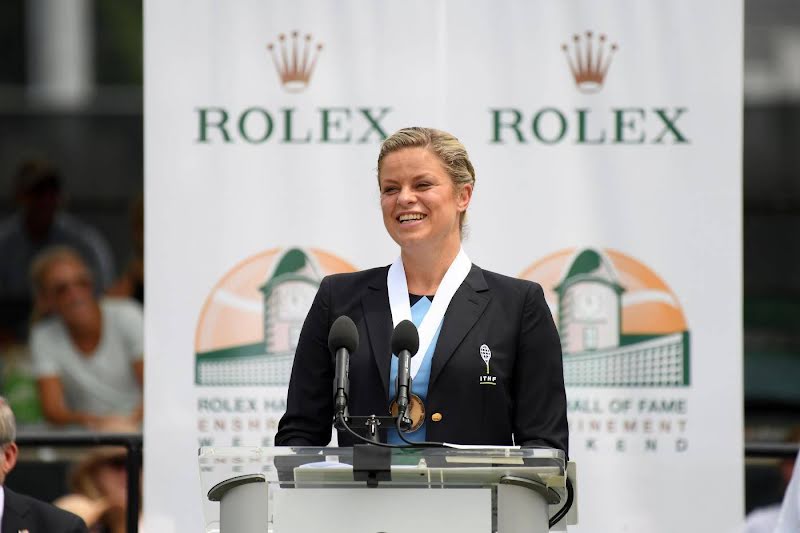 Kim Clijsters was officially included in the Hall of Fame of international tennis in Newport, New York. Clijsters was on the list of selected players, which was presented at the Australian Open in January 2017.

"This is really special not just for me but for all of my family,” Clijsters said at the ceremony. "Everyone who has stood on this stage before and will stand after has a passion for the sport of tennis." 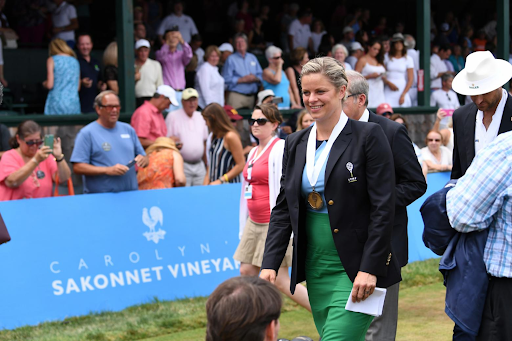 One of only six women in tennis history to simultaneously top the world rankings in singles and doubles, Clijsters held the WTA World No.1 ranking for 19 weeks and was a Top 5 player for 250 weeks of her career. She won four Grand Slam singles titles – the 2011 Australian Open and 2005, 2009 and 2010 US Open – and two doubles titles, the 2003 French Open and Wimbledon, as well as three WTA Finals titles.

Clijsters retired from tennis in 2007, taking a break to start a family, and then made her comeback to the sport in 2009, going on to win three of her four Grand Slam titles and return to No.1 in 2011.

Since retirement, Clijsters, now a mother of three, has been focused on her family and the Kim Clijsters Academy in Belgium, where many juniors train, as well as competing in Legends events at the Grand Slams.

Check out more photos of Clijsters’ Hall Of Fame induction ceremony below! 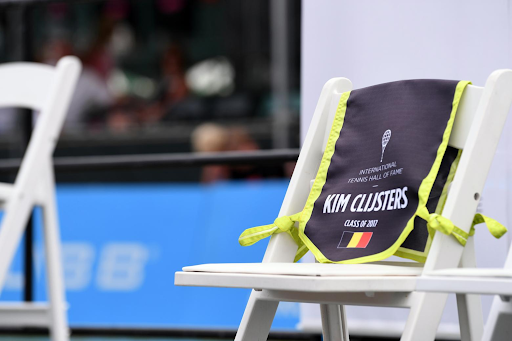 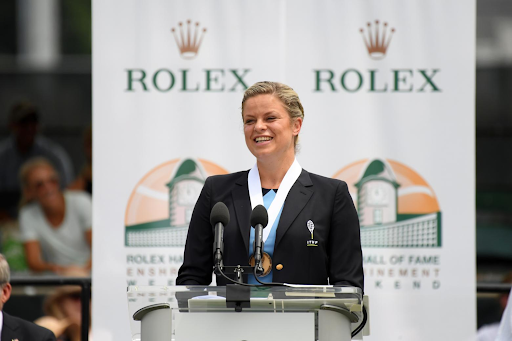 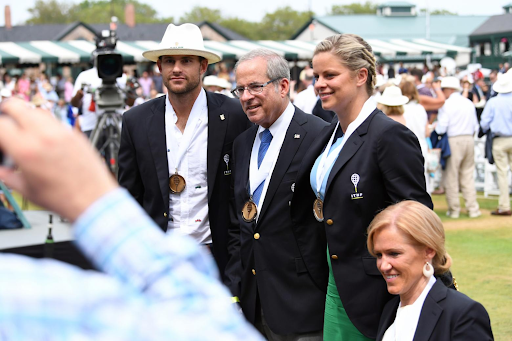 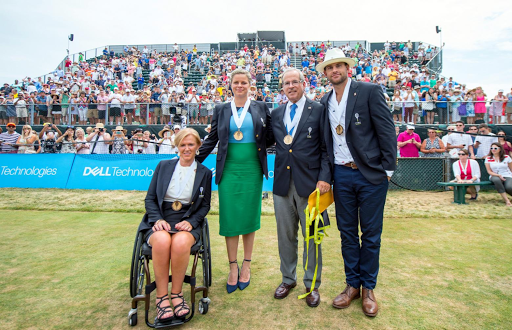 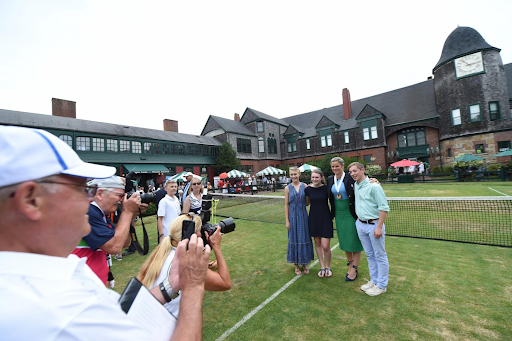 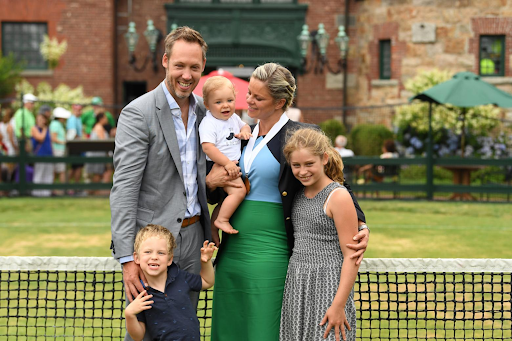